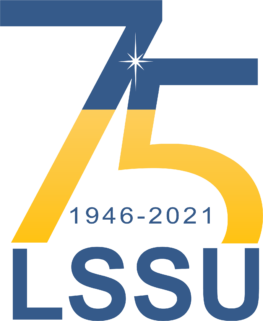 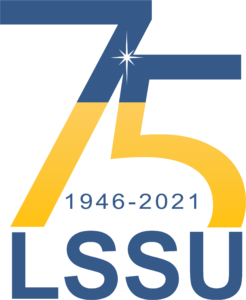 Lake Superior State University has been selected as the hub for the U.S. Coast Guard National Center of Expertise (NCOE) for the Great Lakes and the home to its supervisor. The Center of Expertise will examine impacts of oil spills in freshwater environments and help develop effective responses, pursuits that LSSU specializes in, among its numerous other signature programs. This work will be critical in protecting the Great Lakes, as current oil spill response technologies are primarily designed for saltwater environments. These developments build upon earlier steps by U.S. Sen. Gary Peters of Michigan to secure $4.5 million for the initiative and pass legislation establishing the Great Lakes NCOE in 2018.

“Lake Superior State University is honored and excited by this compact for many important reasons,” said LSSU President Dr. Rodney S. Hanley. “Since we’re situated by three Great Lakes, ecological stewardship is one of our core values. Also, environmental sustainability, community partnerships, and governmental alliances are touchstones of our strategic plan. Plus, this opportunity will provide important real-world, hands-on teaching and learning for students, faculty, and staff in our School of Natural Resources and Environment and our School of Engineering and Technology. As importantly, this venture underwrites several research positions at our cutting-edge $14 million Richard and Theresa Barch Center for Freshwater Research and Education facility, scheduled to open toward the end of this year. And this collaboration furthers the longstanding relationship that LSSU, founded on the site of a former military base, has with the area Coast Guard. Most of all, this effort not only leverages but also expands part of LSSU’s mission to enhance the quality of life of the Great Lakes region. We thank Senator Peters for his leadership and work to pass the Center of Expertise into law.”

Senator Peters, a member of the Senate Commerce, Science, and Transportation Committee and creator of the Great Lakes NCOE, said, “The Great Lakes are more than just an economic engine and ecological treasure: they are simply in our DNA as Michiganders. An oil spill in the Great Lakes would be catastrophic for Michigan and the country—that’s why we must do everything possible to protect them for future generations and improve our preparedness.” He continued, “I worked to establish the Center of Expertise to better prepare against any potential oil spill in freshwater environments, and I’m pleased that it will be based in Michigan. The Center of Expertise will lead the way on the research and testing of freshwater oil spill response technology and I will continue working to ensure we have the resources to help keep the Great Lakes safe from disaster.”

LSSU President Hanley and Senator Peters are holding a Zoom press call this afternoon to announce that the Great Lakes NCOE will be headquartered in the state—with another location at the National Oceanic and Atmospheric Administration (NOAA)’s Great Lakes Environmental Research Laboratory in Ann Arbor.

“The Coast Guard is proud to partner with Lake Superior State University and NOAA’s Great Lakes Environmental Research Laboratory to further research into detecting and responding to oil releases in the Great Lakes, and protecting the largest fresh surface water system in the world,” said Adm. Karl Schultz, Commandant of the U.S. Coast Guard.

In 2017, the then-Commandant of the U.S. Coast Guard told Senator Peters at a hearing that the agency was not prepared for an oil spill in the Great Lakes, saying that more science and research was needed. Due to the COVID-19 pandemic, the Coast Guard was forced to delay a decision on site location and formal establishment of the NCOE. However, a location was now able to be determined as a direct result of significant support from Peters. He has made protecting the Great Lakes one of his top priorities in the U.S. Senate through numerous other avenues.

“We are thrilled that LSSU’s new Center for Freshwater Research and Education has been selected to host the Great Lakes NCOE,” said Dr. Ashley Moerke, director of the Center for Freshwater Research and Education at LSSU. “It will play an important role in building research capacity and response preparedness in a unique region of the Great Lakes with critical infrastructure and ecological systems, and we are looking forward to supporting this important initiative.”

Woodland Sky Native American Dance Company to Perform at the Arts Center at...