You are here: Home / Club Sports 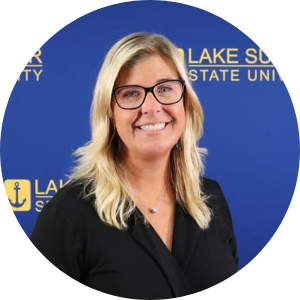 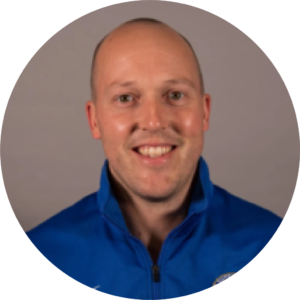 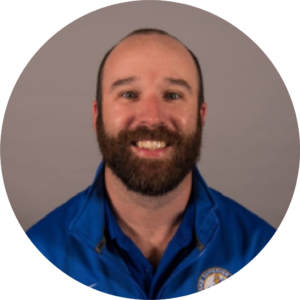 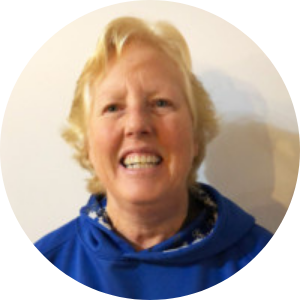 Lake Superior State baseball is looking to build a team that exhibits hard-work, dedication, and teamwork to compete in the National Club Baseball Association. The National Club Baseball Association comprises of schools such as Michigan Tech, Michigan, Wisconsin, Florida State, and many more! This is a great opportunity for students looking to continue playing the game that they love after high school while experiencing a superior environment here at LSSU.

We currently train on the wrestling mats in the back corner of the Student Activity Center.  Classes are offered each Monday, Tuesday, Wednesday, and Thursday from 6:30 PM to 7:30 PM.

Students are encouraged to attend any two of the offered classes each week.

Bring a friend and try a class with no obligation.

Lake Superior State University is building a club lacrosse team that can show excellence not only on the field, but in the classroom as well. The club will give students the opportunity to hone their skills and compete on a college level. Lake Superior State will be looking to compete in the Great Lakes Lacrosse League with is comprised of around 48 schools throughout the Midwest. If interested, contact Jamie Himes at .

Our mission is to attract and retain students here at LSSU who have a vested interest in becoming a well-rounded student-athlete as well as learning how to be a great role model for the generations to come and teaching those what it means to be a “Laker”.

2020 marked the rebirth of Lake Superior State University’s club hockey program. Our teams joined the American Collegiate Hockey Association (ACHA) which is the National Governing Body for Non-NCAA Collegiate Hockey throughout the United States.  The Lakers have a Division II AND Division III team and they compete against a number of teams such as Adrian, Bowling Green State University, Central Michigan, Concordia (MI), Concordia (WI), Ferris State, Michigan State, Northern Michigan, Purdue, Trine, and among many others throughout the Great Lakes region. We are committed to serve and improve ourselves, the team, the school, and the community. Our program is a great opportunity for students to fulfill their dreams of playing college sports while experiencing a superior environment. Get your Lake Superior State ACHA Men’s Hockey apparel at: https://teamlocker.squadlocker.com/#/lockers/lake-superior-state-men-s-club-hockey

Our mission is to attract and retain students here at LSSU who have a vested interest in becoming a well-rounded student-athlete as well as learning how to be a great role model for the generations to come and teaching those what it means to be a “Laker”.

The American Collegiate Hockey Association (ACHA) is the national governing body for non-NCAA college hockey. It is the only non-NCAA college hockey partner recognized by USA Hockey. This allows member teams and athletes to be covered by USA Hockey insurance and other USA Hockey benefits. The ACHA teams compete against one another for season standings and the top teams in each division participate at the ACHA Nationals in Massachusetts in 2021. For more info on the ACHA see: http://achahockey.org/

The Pep Band is one of our most inspirational clubs! As a member you are able to be a part of all the action at hockey, basketball, and volleyball games as you play awesome tunes to engage the crowd.  The Pep Band is also an intricate part of campus events such as Laker Palooza, Great Lake State Weekend, Open Houses, Orientation, and a pregame parade through campus before D1 Hockey games.  Rehearsals run Tuesday and Wednesday night from 9-9:45 pm with performances at NCAA D1 Men’s Hockey, ACHA Men’s and Women’s Hockey, Men’s and Women’s Basketball. If interested contact Casey Snyder at (906)-635-224.

LSSU is forming a new competitive clay target team. The team is open to women and men who are enjoy shooting clay targets and are looking to compete while pursuing their college education.  Our goal is the have the largest, most competitive University team in the country.  We believe the strength in numbers will be the key to our program’s success. If you like shooting clays, traps, and/or skeet this is the team for you!

Practice will take place several times per week at the Chippewa County Gun Club with close instruction to help athletes improve. Student-athletes will participate in collegiate and open competitions. The team will attend regional ATA, NSSA, and NSCA events.

The Lakers are members of one of the National Club Softball Association’s most competitive conferences, the Great Lakes East Conference, with two or three teams annually cracking the national top-25 rankings. LSSU is one of the smaller schools in the conference and competes very well against schools more than double in size.

LSSU plays most of its games during the fall semester, including a trip to the annual Indy Invitational held in Elkhart, Ind. (they won the tournament in 2016). The Lakers occasionally play a limited spring schedule, depending upon weather and the ability to get games in during the fall. In 2020-2021 the Lakers were ranked 8th in the Nation!

Practice Schedule: The team practices twice weekly throughout the year, including at least one full team practice and individualized hitting/pitching sessions that accommodate player class schedules.

Lake Superior State is building a spirit team too show off our Laker Pride. Being apart of the spirit team, students will be will be engaging with all fans and alumni and encourage a positive GameDay environment at NCAA basketball, volleyball, and hockey games. The spirit team will also appear at numerous on campus events such as Lakerpalooza, Snowman Burning, and The ringing of the Victory Bell.

Lake Superior State University is putting together a Women’s soccer team that is looking to compete against colleges and universities across the state!

LSSU Women’s soccer holds practices throughout the week. Schedule will be released soon! 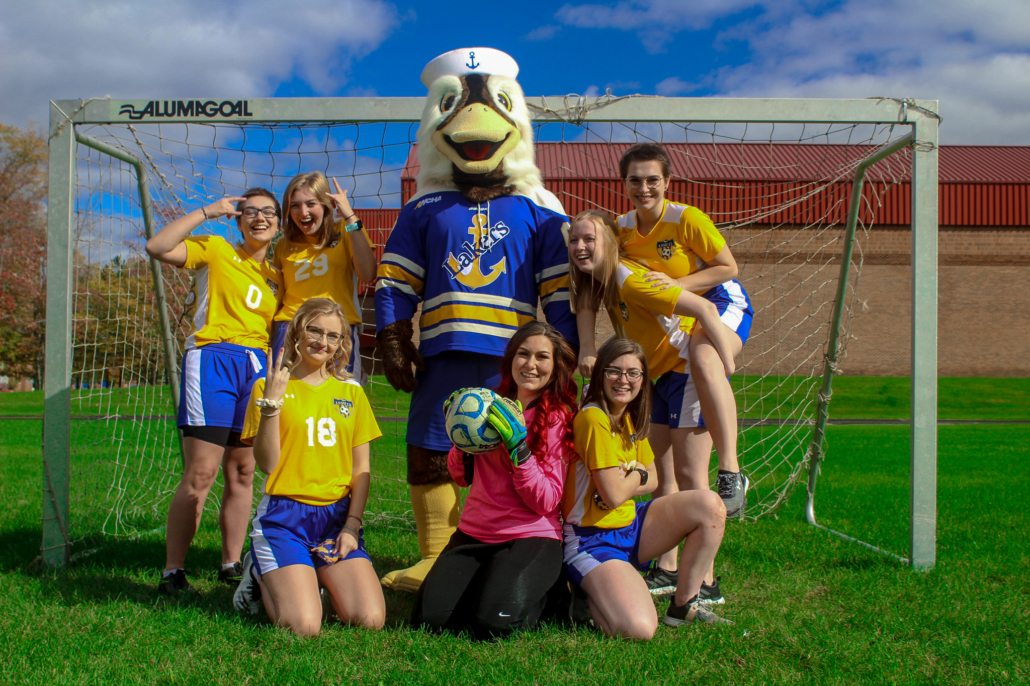 1994 was the last year Lake Superior State had a wrestling team. Now after 27 year, Lake Superior State wrestling is back! Our goal is to attract wrestlers from across the nation to be a part of our wrestling family, granting wrestler-student athlete a place they can call their home and further their education. Lake State will be competing in the National Collegiate Wrestling Association (NCWA) which is a nonprofit association of 162 institutions, conferences and individuals that organize programs across both the United State and Canada.

2021-22 will mark the first year of men’s club volleyball at Lake Superior State. The club will be looking to compete at an intercollegiate level against teams such as Michigan Tech and Northern Michigan. The team is seeking members who can commit to practices, tournaments, and team bonding events during both semesters. The season culminates with the National Collegiate Volleyball Tournament in early April.

What does Club Sports have to offer?

Lake Superior State University offers an organized and competitive Club Sports program with expert coaches, dynamic practices, and high levels of competition. These teams are composed of recruited student-athletes and walk-ons who get the chance to compete in the sport they love. While prior experience with the sport is encouraged, it isn’t always required to join.

What Makes Our Club Sports a SUPERIOR Experience?

Participation in club sports offers an excellent way to cultivate lifelong friendships and connections with fellow teammates. Club sports helps to foster a sense of belonging at LSSU and create self-confidence in preparation for a career. Also, the group experiences that you have now can serve as lifelong memories and sources of inspiration.

Joining a club sports team can support long-term personal and professional success by helping cultivate skills in teamwork. Personal growth isn’t restricted to classes and study sessions. By joining a club sports team, one can pursue passions and gain valuable learning and leadership experiences outside the classroom preparing you for your future career.

Staying active can be critical to your health. Besides keeping you physically strong, joining a club sports team and working toward a common goal can benefit your overall wellness. You’ll also experience injury prevention training and healthy lifestyle education. Being on a team and participating in a group activity that you enjoy can make it easy to remain motivated.

If you are looking for experience in Sports Marketing, Sports Management, or Kinesiology this is the place to be! Once accepted to the LSSU Club Sports Marketing/Management program you will get hands-on experience in game day preparations and game day management, fundraising, tickets, concessions, website, and social media marketing, video streaming, statistic reporting, publishing feature stories on alumni, history, and current events.  The Kinesiology internship consists of assisting our team physician, Dr. O’Connor, with athlete physicals, charting, daily assessments of athletic injuries, daily rehab, and prevention of athletic injuries.

Eligibility and Cost to Participate

By registering for full-time coursework (minimum of 12 credits) and maintaining a 2.0 GPA you are eligible to participate in club sports and virtually all of your competition costs are covered including:

There is a modest LSSU Club Sports Participation fee, required by all club athletes.

Click this link and follow the prompts to make an online payment for you or your team.